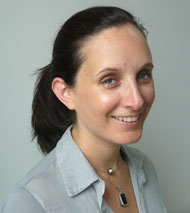 Marlo Poras began her film career as an apprentice to Thelma Schoonmaker at Martin Scorsese’s Cappa Productions and worked in the editing room on independent films such as Greg Mottola’s Daytrippers and Alison Anders’ Grace of my Heart. Later, she was living in Vietnam, producing teen oriented HIV/AIDS education films for The Population Council when she was inspired to make Mai’s America, her first film. Mai’s America received much critical acclaim and won numerous awards including the Audience Award for Feature Documentary at SXSW and Best Feature Documentary from the International Documentary Association (IDA). It aired on P.O.V., PBS’ award winning non–fiction showcase. Marlo then received a Guggenheim Fellowship to make Run Granny Run, a feature documentary that aired on HBO. Run Granny Run won the Audience Award for Feature Documentary at SXSW and the Special Jury Award at the Woodstock International Film Festival. The film landed its subject, the indomitable “Granny D,” on The View and The Rachel Maddow Show. Marlo next made The Mosuo Sisters, which aired on PBS and received funding from organizations including ITVS, CAAM, The Gucci Tribeca Documentary Fund, Cinereach, and the Sundance Institute. It traveled to dozens of festivals worldwide and was called, “Engrossing, excellent…with the firm narrative drive of an old fashioned novel” by Variety.  Marlo is currently on a fellowship from the Sundance Institute to develop The Escape, a feature documentary about her family’s haunting past.