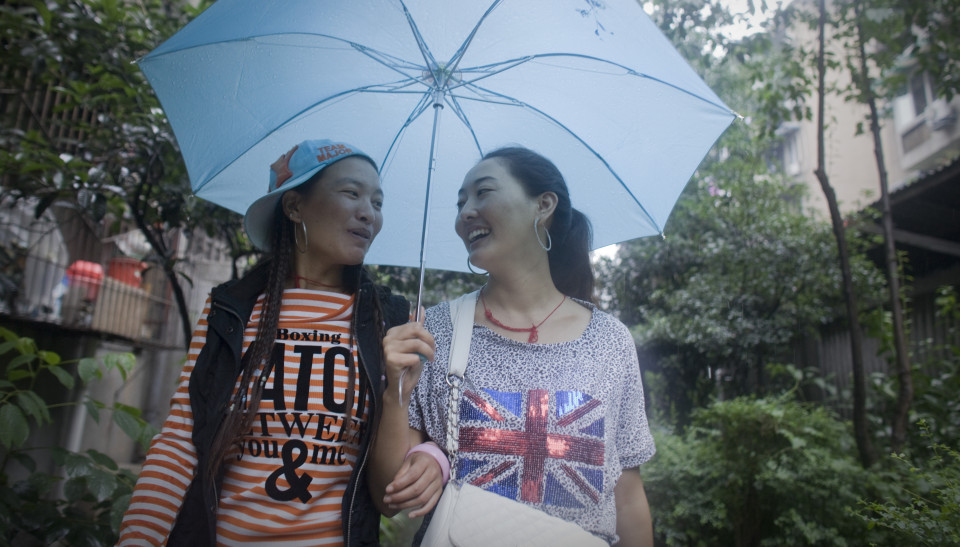 The Mosuo Sisters is a tale of two sisters living in the shadow of two Chinas.  Juma and Latso, young women from one of the world’s last remaining matriarchal societies, are thrust into the worldwide economic downturn when they lose their jobs in Beijing.  Left with few options, they return home to their remote village in the foothills of the Himalayas. But home is no longer what it was, as growing exposure to the modern world irreparably alters the provocative traditions of the Mosuo.  Determined to keep their family out of poverty, one sister sacrifices her dream of an education and stays home to farm, while the other leaves to try her luck in city—changes in fortune that test each sister in unexpected ways.  Ultimately, though,  it’s the sisters’ relationship with one another that hangs in the balance as they struggle to navigate the vast cultural and economic divides that define contemporary China.

The village where sisters Juma and Latso live was hit by a strong earthquake this summer. Their house sustained serious structural damage; the whole family is living in tents ever since. Most of the family’s dry goods from harvests (potatoes, rice, barley, etc…) were ruined by a storm that happened at the same time, and their rice harvest this summer was ruined as well. We and the sisters would be grateful for any donations you might be able to share to help them rebuild their house.  All donations are processed through a non-profit 501c3 and are tax deductible.

Engrossing…excellent…with the firm narrative drive of an old-fashioned novel, Variety

Though about a single family, there’s a Tolstoy-like eye on the larger sociopolitical picture, Edmonton Journal

Captivating…In this fascinating documentary, we experience the impact of rapid changes in China from the dramatic ups and downs of the sisters daily lives, YNOT at the Movies

The Mosuo way of life…is chipped away from afar by the draw of neon-dappled cities, rendered as eloquent, inexorable rivers of headlights by director-cinematographer Marlo Poras, San Francisco Bay Guardian

(A) beautiful documentary…the everyday life of a female Mosuo is filled with the same challenges of other women of the modern world, as this remarkable film makes clear, SF Gate

Fascinating…It’s gut-wrenching and riveting to watch the sisters sort through their options and determine the best path for both themselves and their family, as they try to decide what price they’re willing to pay for their dreams, Southside Pride

While other documentaries have captured the plight of migrant workers, Poras’ comparison of the two sisters’ lives illuminates what is at stake. The resulting portrait is at once personal and universal, straight.com

The Mosuo Sisters does what good documentaries should: provide insight into the unseen, Rocky Mountain Outlook

A native of Taiwan, Yu Ying studied media and advertising before transitioning into documentary film editing. She spent five years collaborating in the editing room with David Sutherland on his six hour Frontline series, COUNTRY BOYS, which aired on PBS/Frontline in January 2006. She was a co-editor on HBO’s RUN GRANNY RUN and is currently co-editing David Sutherland’s latest PBS/Frontline series, A KIND HEARTED WOMAN.

Amy has edited numerous acclaimed documentaries, including: Finishing Heaven (HBO), For Once in My Life (Independent Lens), A Matter of Taste (HBO) and she worked in the editing room on films like FLYING, CONFESSIONS OF A FREE WOMAN (Sundance Channel).

David Sutherland’s numerous documentaries have won dozens of international awards.  He has received widespread praise for his unconventional, innovative style of storytelling.  His films include the PBS/Frontline series’ COUNTRY BOYS and THE FARMER’S WIFE, as well as the PBS shows OUT OF SIGHT, HIGH ENERGY, HALFTIME, PAUL CADMUS: Enfant Terrible at 80, JACK LEVINE: Feast of Pure Reason, GEORGE WASHINGTON: The Man Who Wouldn’t Be King, and FEAST OF THE GODS.

Shawn James Seymour is the songwriter and composer known as one half of the duo Lullatone, a melody design unit based in Japan.  Aside from ten studio albums, they have also made music for videos, films and clients such as VW, Sony, Google+, Target and more.

Shiho Fukada is a freelance photographer based in Beijing whose work has won many awards.  Her photographs are featured regularly in The New York Times and have also appeared in dozens of other publications, including:  Newsweek, Time, Fortune, Geo, Stern, Der Spiegel, Le Monde, Figaro, and New York Magazine.  She was recently nominated by The New York Times for a Pulitzer Prize for photojournalism.

Al has been working in Beijing on news, current affairs and documentaries as a cameraman and producer for the BBC since 2003.  Having lived and worked in China for over ten years, he has an intimate understanding of the country’s business and cultural practices as well as how to operate within China.  The most recent long-form BBC documentary Al shot and produced, WHITE HORSE VILLAGE, garnered an Emmy nomination and a Peabody Award.  It was cited by the Peabodys as being, “uncommonly beautiful for a news feature, but no less trenchant for being artful.”